Inhibitory Effects of Metabolites Isolated from Artemisia dracunculus L. Against the Human Carbonic Anhydrase I (hCA I) and II (hCA II) 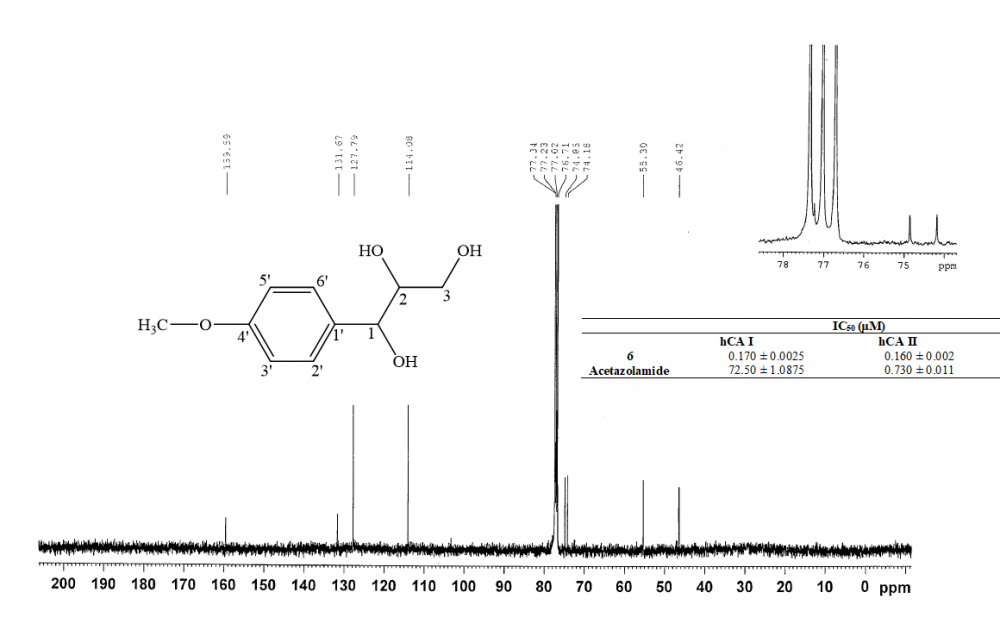 Tarragon or Dragon's-wort (Artemisia dracunculus L.) is widely used as spice and in traditional medicine in various regions of the world. Inhibitory effects of the n-hexane, dichloromethane, ethanol and methanol extracts of the leaves of tarragon on the human carbonic anhydrase (hCA) I and II enzymes were investigated. Dichloromethane extract exhibited the strongest activity with lowest IC50 value (0.020 and 0.031 μg/mL, respectively). The chromatographic studies on the dichloromethane extract of tarragon allowed the isolation of six known strong inhibitors of hCA isozymes as trans-anethole, stigmasterol, herniarin, (2E,4E)-N-isobutylundeca-2,4-dien-8,10-diynamide, (2E,4E)-1-(piperidin-1-yl)undeca-2,4-diene-8,10-diyn-1-one and 1-(4'-methoxyphenyl)-1,2,3-trihydroxypropane. The compound, 1-(4'-methoxyphenyl)-1,2,3-trihydroxypropane was isolated from tarragon for the first time in this study. Among the tested compounds, 1-(4'-methoxyphenyl)-1,2,3-trihydroxypropane showed the highest inhibitiory impact on both hCA isozymes. Also its IC50 values were found lower than positive control, acetazolamide.